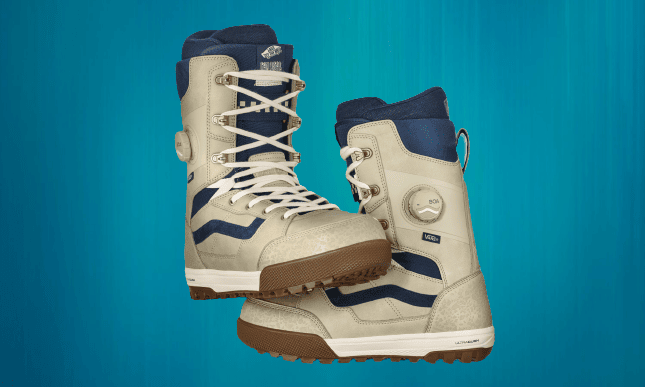 To some people, snowboarding is not just a winter sport, rather it’s a passion to them. No matter you’re one of those snowboarding freaks or a beginner, a perfect pair of snowboard boots is the most crucial part of your setup.

When it’s about the best snowboarding boots, the name “Vans” will come first. However, if you’re hearing this name for the first time, you might be thinking are Vans Snowboard boots Worth it?

Don’t be hesitant, we have got you covered. Here, we’re going to discuss all the facts regarding Vans snowboarding shoes. So, don’t waste your time and pick the best Vans snowboarding boots for the upcoming winter.

What are Vans Snowboard boots?

Vans snowboard boots have become the most promising and comfy boots among snowboarders. These historical boots have been playing an undeniable role to preserve the pride of this legendary board sports footwear brand.

Vans Snowboard boots were first introduced 20 years ago, that was the moment when Vans entered the market of snowboarding kits. At present, Vans have diversified snowboarding boot models for both men and women that have made it able to cope with any riding style from the park, urban jibber, or the all-mountain snowboarder.

Each snowboard boot model comes with incorporated groundbreaking comfort and an easy customization facility just at your fingertips. Vans revolutionizes every single approach in design to ensure the out-of-the-box fit and preserve its name as the most customizable snowboard boot.

The incredible popularity of Vans snowboard boots is no longer a matter of wonder to the snowboarding world. However, this brand has earned such a position easily. The main reason behind their success is quality products with impressive features.

Here we’re going to discuss some of the most phenomenal features and modern attachments of Vans Snowboard boots that make them special.

This is an advanced insole technology that comes as the modernized form of its previous UltraCush insoles that were mostly used in Vans’ Pro Series skate shoes. However, PopCush insole has almost similar impact-absorbing technology and is able to handle moisture more efficiently.  This is considered the cushiest snowboard boots insole you have ever seen.

Vans incorporates high-rebound Hytrel® tongue stiffeners which are completely removable. These stiffeners allow riders to customize and tune their flex effortlessly. You can use one or both stiffeners according to your choice. However, using one stiffener will give you the feel of a softer-flexing boot, while using both of them provides maximum support.

V3 Ultracush with TNF FlashDry Liner is the most advanced liner we have ever seen. This liner has been formulated with North Face’s FlashDry fabric that’s efficient in transferring and eliminating moisture. The Ultracush layer ensures maximum comfort all day long, while the seam is minimal. Besides, the neoprene forefoot provides a natural flex.

Along with the Smartwool and Flashdry, Vans has also improved V3 and V2 liners. The improvement has new neoprene envelopes as well as updated heel retention due to the updated X-cage placed on the rear portion.

If you think Vans snowboard boots are pricey, good news for you. Some classic snowboard boot models such as Hi-Standard, Aura, and Encore are available without liners and at affordable prices.

Nothing is perfect in this world, so you shouldn’t be wondered about the limitations of Vans Snowboard shoes.  Although these limitations may not be too severe to some people. Hence, Vans snowboard boots have rising popularity day by day.

Being more interested? Let’s introduce some of the most popular Vans snowboard boots currently available on the market.

Vans Aura comes as the most reliable boots for beginners. However, they’re perfect as freestyle boots. Even you can use them as all-mountain boots as well. So, Vans Aura is most suitable for any freestyle riders who want to explore mountains too.

This model has the ideal flex to help beginners for quick progress. The balance of Vans Aura is simply outstanding for beginners. The inner portion of this model has plenty of EV padding along with the V-Corked footbed that ensures superior comfort.

Heel hold is quite important for all types of riders, especially for beginners. Thankfully, Vans Aura provides an impressive heel hold that ensures predictable and even response while making turns.

If you’re thinking about freeride or aggressive and high-speed groomer riding, Vans Verse would be the best option for you. Well, this model is also suitable for those who want to use the same pair of boots on different boards.

Hence, Vans Verse is considered the most versatile snowboard boots so far. The main reason behind its versatility is the removable tongue stiffeners that can be removed easily and allow you to use them on different boards and terrains. However, beginners may find it stiff after removing tongue stiffeners.

With a perfectly balanced shape, Vans Verse provides a snug fit. The responsiveness of this model is just awesome on a fast and deep carve. In addition, the heel hold is pretty good. If we talk about adjustability, Vans Verse will get decent marks. Although the adjustability is not completely independent, yet you can adjust it between the lower and upper sections.

Vans Hi Standard OG has a special craze among snowboarding lovers. This model is most preferable for beginners as well as intermediate riders, or even for those who are looking for perfect boots for playful freestyle riding. This model features a low arch, so think about your arch before choosing it.

The most focusing fact of this model is its superior shock absorption. The flexy, thin, and flat sole will give you a board that feels like you’re wearing skateboard boots. The flexing of Vans Hi Standard OG is soft enough that ensure better responsiveness.

Talking about the adjustability, Vans Hi Standard OG comes with the traditional lace that makes it easy to adjust. The heat-molding makes it incredibly comfortable.

As we mentioned before, Vans has an enriched lineup of snowboard boots, where you’ll see diversified models with various specs and styles. Each boot model of Vans has been labeled depending on the distinct style and specs.

However, we have categorized Vans snowboard boots based on their purposes and styles. Well, a dedicated category doesn’t mean you can’t use it for other purposes.

Although, it depends on how a user rides or maintains them. However, according to numerous snowboarders, a good quality pair of Vans snowboard boots may last one to two full seasons even after hard riding.

Yes, Vans snowboard boots are compatible with true size right out of the box. You won’t require any modification, just choose the model as you do for standard shoes.

It completely varies depending on the model and style you have selected.

WearEnthusiast, as the name suggests, is a blog which takes keen interest on the latest trends of clothing, shoes, watches and what not! We share knowledge and ideas and welcome productive discussions about latest fashion trends and day-to-day wear.